This is our latest project. The initial building work for the new school, a nursery school at this stage, was completed at the end of 2014 but we had to wait until the start of the new academic year before teaching could begin. The school consisted at that time of 2 fully equipped classrooms, each with a capacity for 30 young children, and an admin block to meet the needs of the school as it grows. It is our hope that we can add a new classroom each year, funds permitting, until there is provision up to P7.

In early February 2015 twenty seven pupils, aged between 2 and 4 years, started at the school. The following term we had 45 pupils and in term 3 the population of the nursery school reached 51. The school employs a hugely enthusiastic headmistress, 2 teachers and an assistant. The young pupils also benefit from support provided by local volunteers who help out on a regular basis.

By September 2015 construction work was well underway on our first Primary 1 Class. This has now been completed and can be seen in one of the photos.

The school now also has a small bus which picks up and drops off children if required.

At the time of our most recent visit in March 2016, a total of 73 nursery pupils had enrolled at Winners and the play area was being enhanced with colourful playground equipment.

Hard to believe the transformation in such a small period of time! 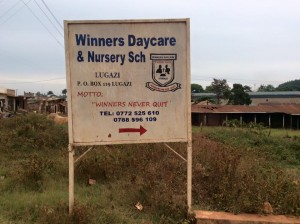 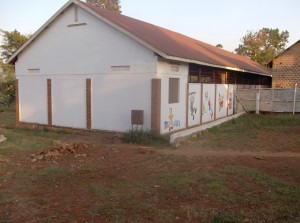 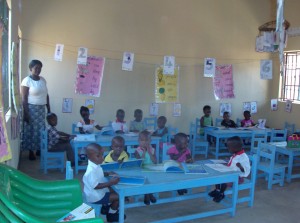 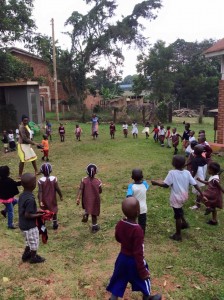 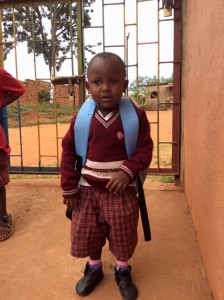 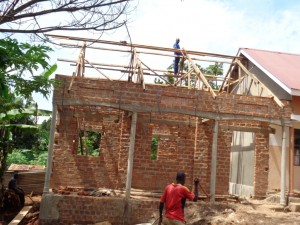 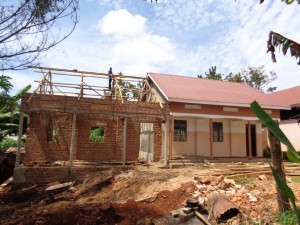